Investing.com — U.S. stock markets recouped some early losses, but remained lower Tuesday morning as the market digested President Donald Trump’s warning that hundreds of thousands of Americans may die of the Covid-19 coronavirus.

Trump’s radical shift away from earlier assurances that the U.S. would soon have the virus under control came as the number of confirmed cases in the country topped 189,000, more than double those reported by China. The outbreak’s rapid spread puts huge question marks over when economic life in the U.S. will return to normal.

Looking to economic data, the ISM manufacturing index fell less than expected, but with the caveat that respondents would have weighed in any time during March, so the complete Covid-19 impact wouldn’t have been captured. Earlier, ADP’s private payrolls report for March failed to add much to existing knowledge, covering only the period up until March 12, that is, before the record rise in initial jobless claims last week.

Howard Marks, co-charman of Oaktree Capital, said in a letter to clients on Tuesday that although asset prices had obviously responded to the threat of the virus, still weren’t reflecting the potential for worse news flow. He added that he still expects asset prices to fall.

Marks noted that the immediate danger to health and life distinguished the current crisis from the last one in 2008.

“Social isolation, disease and death, economic contraction, enormous reliance on government action and uncertainty about the long-term effects are all with us, and the main questions surround how far they will go,” Marks wrote.

The travel sector was again in focus, after the International Air Travel Association warned that most airlines would run out of money within two to three months if the current situation continued.

Another travel company in the spotlight is cruise operator Carnival (NYSE:CCL), which is hoping to price a capital raising of $6 billion split three ways between senior debt ($3 billion), convertible notes ($1.75 billion) and new stock ($1.25 billion).

Elsewhere, Zoom Video (NASDAQ:ZM) stock was down 4.6% as some investors took their chips off the table in the wake of reports that New York attorney-general Letitia James is looking into its data privacy policy. Recent reports suggested that Zoom is forwarding customers’ data to Facebook (NASDAQ:FB), even when they don’t have a Facebook account. 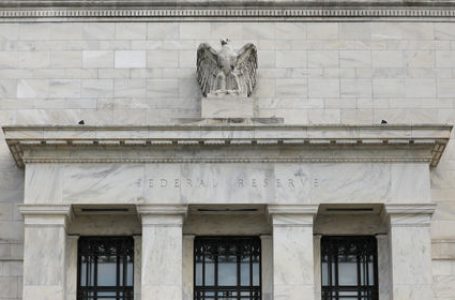