Scientists have cleared up many mysteries surrounding the coronavirus, but one question still inspires debate: Does a person’s viral load, the amount of the virus in their body, determine how sick they get?

But there’s still reason to believe that viral loads are linked to the severity of an infection: Research from Wayne State University found that the average viral load among patients at the Detroit Medical Center has declined over the course of the pandemic, while at the same time infections have gotten milder.

That could be a sign that public-health measures like masks or social distancing are lowering the amount of the virus people are getting exposed to in the first place, which may in turn translate into a lower viral load. It might also suggest that a lower viral load is associated with decreased mortality, but Chandrasekar said more research is needed to draw a definitive link.

Those potential implications are nevertheless “very exciting and important,” according to Dr. Monica Gandhi, a professor of medicine at the University of California, San Francisco, who wasn’t affiliated with the study.

“Studies have been hinting that a lower viral load is occurring over time and that it’s linked to lower mortality, but this is the first study to show this systematically,” Gandhi told Business Insider, adding: “A low viral load from swabs likely indicates an ability to control the viral infection better and, therefore, have less severe disease.” 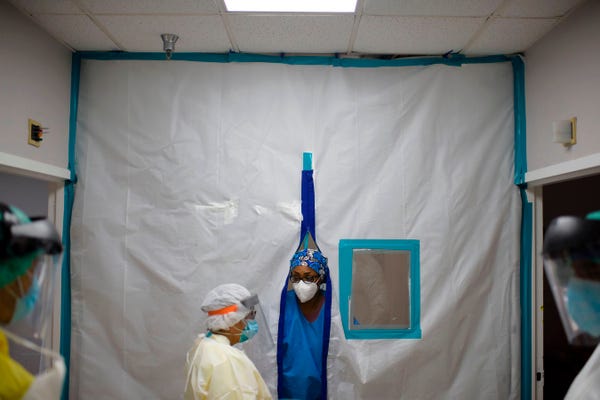 Studying a person’s viral load and its effect is difficult. The ideal experiment would involve exposing patients to different doses of the virus, then comparing how each patient responded — but that’s not possible for obvious ethical reasons. Instead, researchers rely on examining patients who are already infected.

The Detroit researchers looked at nose and throat swabs from patients hospitalized between early April and early June.

To measure viral loads, they relied on cycle threshold values: a measure of how much virus is detected within a sample from a standard PCR test. Patients with lower viral loads tend to have a higher threshold, since it takes more cycles to amplify the virus’ genetic material in order to detect it.

Among more than 700 samples, there was a consistent downtrend in patients’ average viral loads over time. During the first week of the study, nearly half the samples showed an intermediate viral load. One quarter of the samples fell into the high viral-load category, while another quarter showed low viral loads. By the study’s fifth week, however, the majority of samples — 70% — showed a low viral load.

But the researchers offered a few caveats to these findings. When comparing outcomes, they didn’t examine confounding factors such as age or preexisting conditions, so more studies are needed. Cycle threshold values can also vary widely depending on how a sample is collected and how quickly it gets analyzed. To limit that variability, the Detroit team used the same type of instrument to gather each sample, as well as similar containers, swabs, and transport and storage methods. 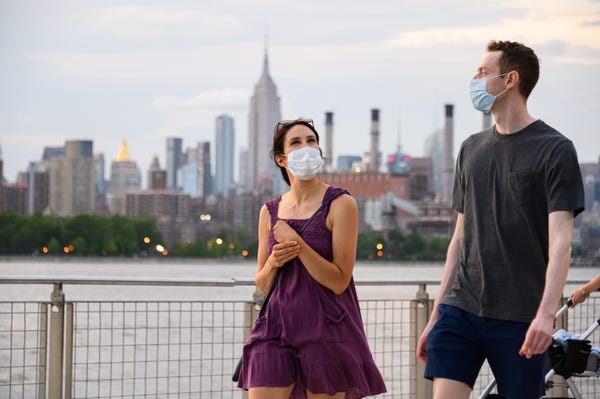 Evidence by now clearly shows that face masks and social distancing are associated with declines in death rates.

Sometimes, that’s because mask-wearing and distancing prevent exposure altogether. But it’s also likely because these measures help reduce the viral inoculum: the dose of virus that people ingest or inhale. That, consequently, could reduce patients’ viral loads as well.

“All those social measures we were taking and teaching may have something to do with the people coming in with lower and lower amounts of virus,” Chandrasekar said. “As they get exposed to people while they’re wearing masks, they are probably getting exposed to a smaller quantity of the virus.”

When people are exposed to a lower dose, he added, their immune system might not react as aggressively, resulting in milder symptoms.

The notion that lowering a person’s viral exposure seems to lower the mortality of a disease, Gandhi said, “gives us hope that we can ‘live with this virus’ — with masks and social distancing — as we get to a vaccine.”